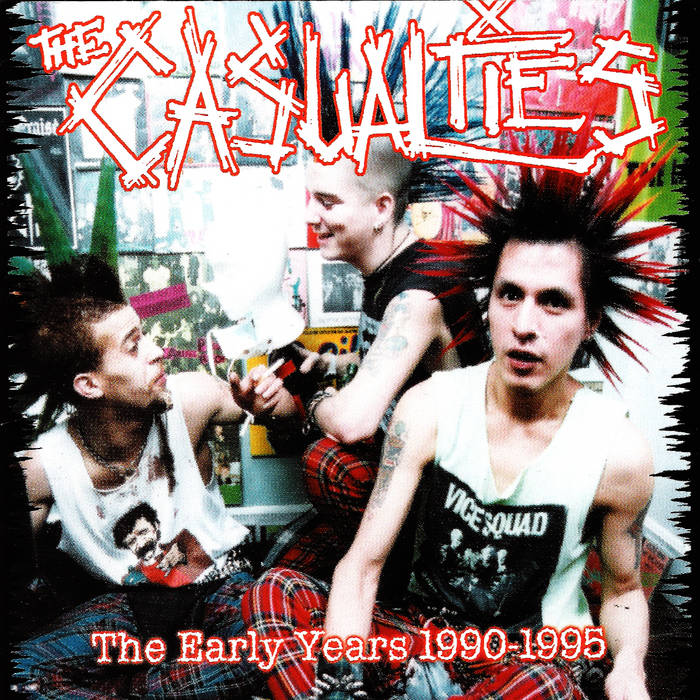 Fall 1990. The streets of NYC are a bleak and barren wasteland for the few punx left roaming the streets in search of a scene that had long since disappeared. Long after it’s glory days in the early 1980s, the global punk scene by 1990 had all but died. In it’s place had sprung the benign sounds of grunge, east bay pop and metal crossover played by shag haired college poets, crusty squatters and other hippie miscreants. While the rest of the world seemed content enough to rot in the mire of stale post-metal and college puke, a small scene of spiky haired drunk punx in NYC set out on a mission to return punk rock to it’s glorious roots. THE CASUALTIES were born!.

This essential collection captures the world’s #1 leading street punk band THE CASUALTIES at their rawest and most aggressive. From their earliest demos to unreleased material to their rare and out of print EPs, “The Early Years” is a complete collection of all of THE CASUALTIES pre-album recordings. Now digitally remastered
and repackaged in Digipak format, previously unseen photos have been added plus extensive liner notes and time lines included to create the ultimate archival collection from THE CASUALTIES at their earliest and most inspired stages.